Not all Job Board Websites are created Equal

At Media Job Search Canada.com our name states what we do best…

We are "Canadians helping Canadians" search for media related jobs at companies across Canada.

MJSC offers the largest database of Canadian media related websites and e-mail addresses than any other website on the net, which includes most search engines. We post Employment Ads from various companies across Canada, who have media related positions available. Our ever-expanding database of Resumes carries one of the best talent pools of media professionals.

MJSC allows all Advertisers up to 60 days free access to view these resumes for every Employment or Banner Ad posted on the website.

Media Job Search Canada.com was designed and developed to help all Canadians, who work in media-related professions, search for new jobs and is also available for those looking to begin their careers in various media-related fields. MJSC is especially beneficial for students who have graduated from media courses at Canadian Colleges, Universities and Career Colleges.

MJSC was originally conceived and developed by Corey Fuchs and officially launched on April 23, 1999 and remains privately owned and operated by Livia Pravato-Fuchs, who took over after Corey's untimely death from complications of ALS (Amyotrophic Lateral Sclerosis). 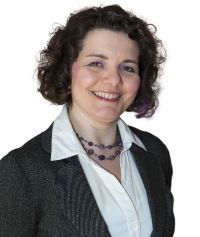 Livia is President & CEO, of www.mjsc.ca

Livia’s professional history in media began when she attended the Radio program, at Humber college graduating in 1991. It was there that she befriended Corey Fuchs, a fellow student in their college Radio program.

Upon completing Radio College, Livia moved into freelance voice-work. Wanting to explore the more creative aspects of media, she volunteered as a puppeteer with a non-profit. The Concerned Kids was so impressed with Livia’s innate talent, they offered her a full-time job as the Office Coordinator / Operations Manager & Puppeteer Trainer, where she remained for ten years.

In 2005, she moved into, and enjoyed, an eight-year tenure with the Children’s Aid Society of Toronto (CAS) as an Administrative Assistant. While at CAS, she started looking for opportunities in Radio. A friend made the fateful suggestion that she check out https://www.mediajobsearchcanada.com (MJSC) website. To her surprise, she discovered it was headed by her old friend, Corey Fuchs! She reached out to Corey, remembering back in College that he had wanted to create a website to help job seekers find jobs in the media. She was so impressed that he actually did what he had intended to do!

Corey and Livia found they shared a common desire to pursue their dreams in media, and ended up marrying in 2006. Six years later, in 2012, Corey was unfortunately diagnosed with ALS. Livia had to switch gears again, and became a full-time caregiver, leaving her role at CAS -- which wasn’t such a bad thing, because she was looking to get out of social work and explore the creative fields more deeply and became the Vice President of MJSC.

After Corey’s passing, while unsure about taking on the responsibility, with solid help from their IT developer, Livia found it was both fun and engaging to be running her own business! As the new President of MJSC, Livia is excited at the prospect of building on Corey’s success by expanding MJSC’s reach, services and product. She embraced the opportunity built on Corey’s legacy, providing a place where Canadian job seekers can find job opportunities, while giving Canadian employers a trusted, centralized portal to source talent for vacant positions.

Today, Livia is proud to run her own business and to say that she is also an active member of various community theatre groups, a voiceover artist and puppeteer.

When that creative bug bites, it bites hard! 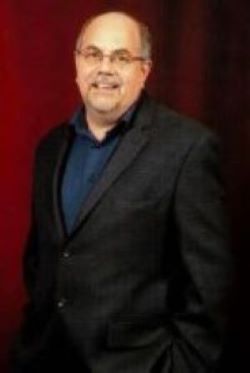 Corey got his start on the creative side of broadcast television during his first semester at Humber College’s Radio Broadcasting Program. Volunteering at CFMT TV, (now Omni 1/2 in Toronto) he fulfilled Writer/Producer assignments for the entire three-year program. Upon graduating, he was offered a full-time role in the Commercial Production Department, as a Promotions Writer/Producer -- where he remained for five years.

In 1995 he took the opportunity to move north, to work with Thunder Bay Television (TBT). After three years as the Promotions Coordinator for two CBC and CTV affiliate stations, the skills and knowledge he gained at CFMT lead him to successfully garner a CanPro Award, for a News Promotion he created for TBT’s Northwest Newsweek program.

In early 1998, Corey decided to return to Toronto, only to find that it was extremely hard to land another job in Television! Searching the Internet at that time, Corey came to see that despite the fact that there were several American media job boards, no websites could be found to be servicing the Canadian media industry. He decided to create a new website that would list all Television and Radio stations in Canada. This new site was designed to help people search for jobs in Canadian Media, straight across Canada!

Having originally thought of the idea to build a website back in 1989, Media Job Search Canada.com was ultimately launched on April 23, 1999. The next two years’ saw the website expand to include web links to Advertising & Marketing companies, Newspapers, Magazines, and Film & Video Companies. IT and Web companies were added a year later.

In May 2000, CKPG-TV’s Prince George station manager contacted MJSC about posting a Job Ad on www.mjsc.ca. Since the website was only designed to list web links, it had to be re-designed. 48 hours later the website was live, allowing companies to post Job Ads on its website. Media Job Search Canada’s first official paid Job Ad was posted May 26, 2000, by CKPG-TV.

Since then, Media Job Search Canada’s rich history shows it has posted over 100K+ Job Ads, and has helped 3000+ companies across Canada to fill media-related positions.

Our friend and colleague, Corey Fuchs, was a futurist, an early adopter of all things technological, an entrepreneur, and a born leader. More than that, he was a humanist who used his own experience to develop one of Canada’s strongest portals and most recognizable brands, providing critical employment information and opportunities to thousands of Canadians.

Corey, we salute you!